In late August 2014, “Zaubermond Audio” will release my soundtrack “Hunteresque” – based on the radio drama “Dorian Hunter” (a horror & mystery series). The soundtrack CD will be part of a digipack that contains 4 CDs (3 for the radio drama, 1 for the soundtrack) and can be pre-ordered here.
A separate download version will be available later. The soundtrack contains 19 tracks of dark electronic music. Total play time: around 60 minutes.
The radio drama series itself has won several awards, including one for “best music”. 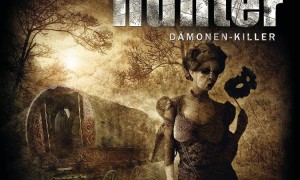