OVERVIEW
Had two great days at the Soundtrack Cologne 2014! 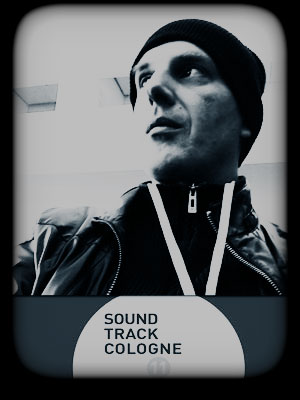 On Thursday video game composers Garry Schyman (Bioshock, Middle-Earth: Shadow of Mordor), Inon Zur (Dragon Age, Fallout, Everquest) and Olivier Derivière (Alone in the Dark, Assassin’s Creed IV) talked about their latest projects. The event took place at the “Fritz Thyssen Stiftung” in the historic center of Cologne. The hall had about 150-200 seats and almost every seat was taken by the end. There was a pause of half an hour between the workshop discussions, which I couldn’t use to relax, cause I came late – due to traffic jam – but I had my car parked nearby on the side of a busy street. It was difficult to operate the parking meter (I’m not good at this – plus 20 minutes parking for 1 Euro) and I didn’t have enough change respectively coins. So in between the workshops I rushed to my car, tried to change some money on the fly and rushed backed to the hall. Fortunately, I had some Scottish cookies (“Walkers Shortbread”) which saved my day. 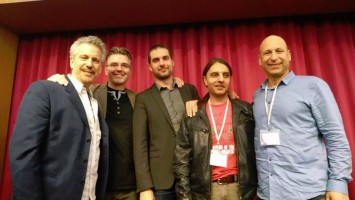 Garry Schyman started the workshop discussion at 10.00 a.m. and gave much insight into the composition of aleatoric music he used for Bioshock. Olivier, who came next, showed us a quiet complex PowerPoint-presentation about the implementation of music in “Remember Me”. Fascinating, how much thought he puts into balancing the power of music and gamer’s experience. Inon was the last on on that particular day and he focussed on details concerning the recording of live orchestra at Abbey Road. Again, many numbers, facts and useful bits of information. I was glad, that the whole thing wasn’t just about the composers personal backgrounds and funny anecdotes (although there had been some, of course).
#
On Friday Lesley Jackson from SMA Talent Ltd in London (an agency for composers and directors) took the stage. Lesley was also very well prepared and talked in detail about film budgets, the making of showreels and marketing options.

Everything being taken into account, I had two fantastic days, and I can only recommend the event to other composers (whether experienced or just starting in the business). I will surely attend the Sountrack Cologne 2015 and I’m really looking foward to it. 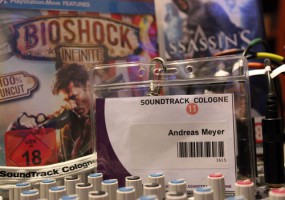