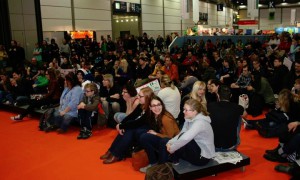 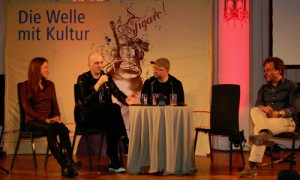 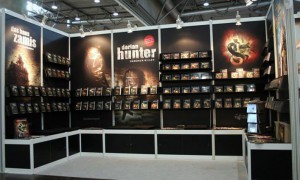 On March 15th Andreas went to the Leipzig Book Fair (Germany’s second largest book fair after Frankfurt) – joining actors, writers and producers celebrating the jubilee of the radio drama mystery series “Dorian Hunter”.
Later at a panel discussion he explained how to make monster-sounds from a sparrowhawk and how to generate the sound of a screeching sarcophagus by borrowing flag stones from the neighbours terrace.